Synthesis first reported by Jendralla employing stepwise (-)-sparteine mediated enantioselective lithiation/PPh2Cl quench of the precursor diamidoferrocene. There appear to be only two reports in the academic literature of the use of this ligand resulting in >80% ee. [When this ligand was first synthesised only (-)-sparteine was commercially available. Subsequently (-)-sparteine became almost impossible to source. Both enantiomers are now avaialble (at a price) with (+)-sparteine being less expensive.] ACE = Asymmetric Catalytic Efficiency. Literature covered until end 2019 (2 entries). 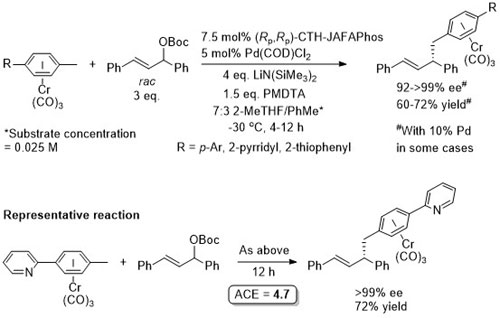