In situ generated catalyst utilised first by Sammakia [JOC97-62-6104] and Hou [CJC98-16-117]. Isolated catalyst prepared by Uemura [JOMC99-572-163]. The following lists reactions for which the application of these ligands has resulted in >80% ee. ACE = Asymmetric Catalytic Efficiency. Literature covered until end 2017. 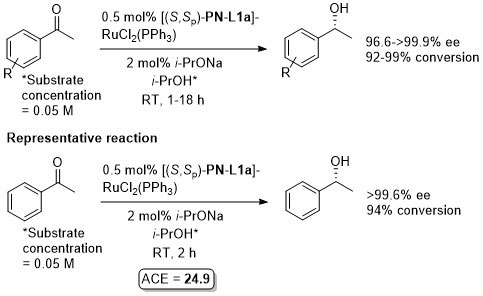 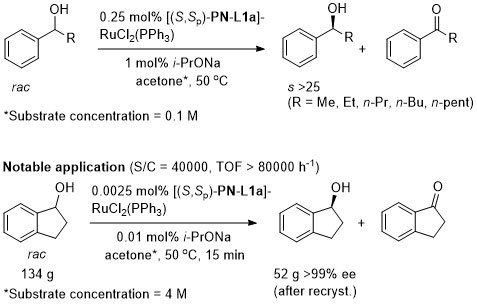 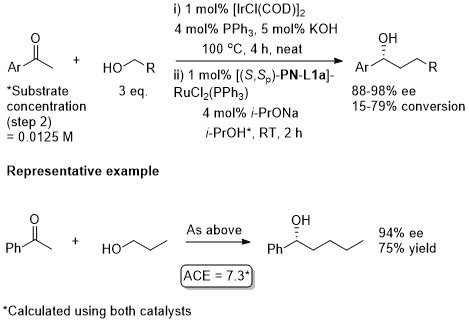 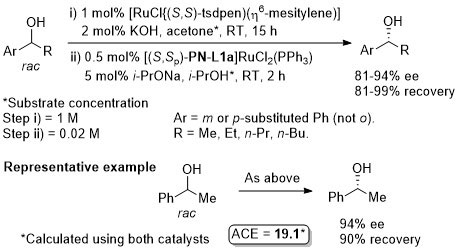 Both in situ generated and isolated [(S,Sp)-PN-L1a]RuCl2(PPh3) have been applied to hydrogenation with essentially identical results. An induction time has been reported on use of the isolated complex. In contrast to transfer hydrogenation, significant rate enhancements are possible by increasing the pressure of H2. 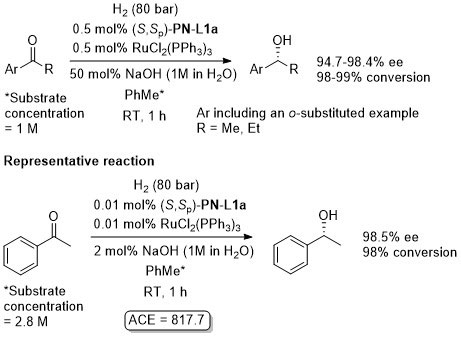 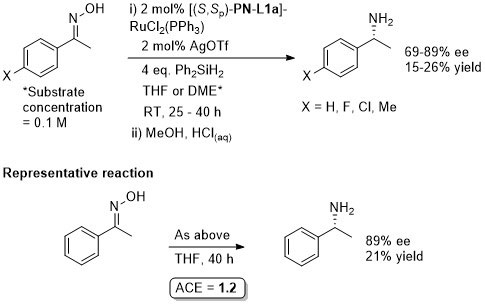