Both ligands were developed by groups that included Weiping Chen; Trifer at StylaCats Ltd and ChenPhos at Solvias. These are P-P ligands for which a secondary interaction of the dimethylamino group  with the substrate (electrostatic or hydrogen bonding) is invoked to account for the selectivity and activity observed. ChenPhos is a C1 symmetric variant of Trifer, the dicyclohexylphosphine (giving greater d-σ* interaction) imparting improved activity without loss of enantioselectivity. Applications to date resulting in >80% ee are principally with Rh, with one example of Ir catalysis.  ACE = Asymmetric Catalytic Efficiency. Literature covered until end 2019 (5 entries). 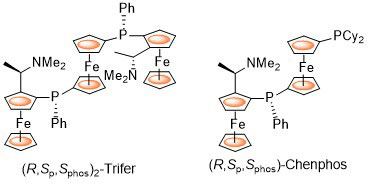 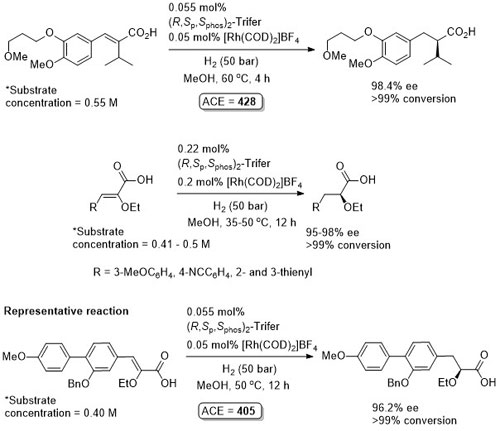 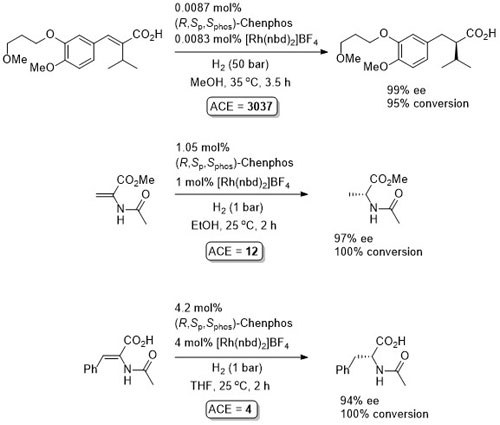 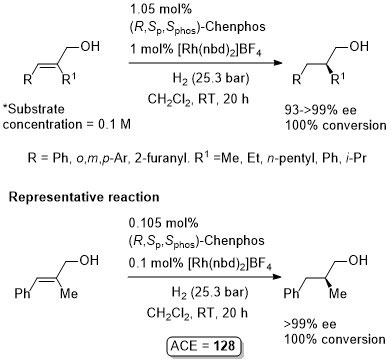 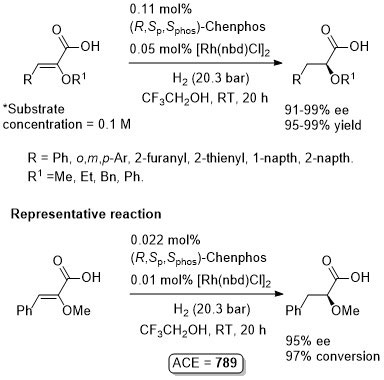 Absolute configuration not stated but assumed to be the same as Rh.