The original. First synthesised by Hayashi, Yamamoto and Kumada using the diastereoselective lithiation of N,N-dimethyl-1-ferrocenylethylamine reported previously by Ugi et al. PPFA has principally been employed as an intermediate in the synthesis of many other ligands, there being relatively few reports on the use of this as a ligand in asymmetric catalysis. Examples of Pd, Cu and Ag catalysis that result in >80% ee are listed below.  ACE = Asymmetric Catalytic Efficiency. Literature covered until end 2017 (12 entries). 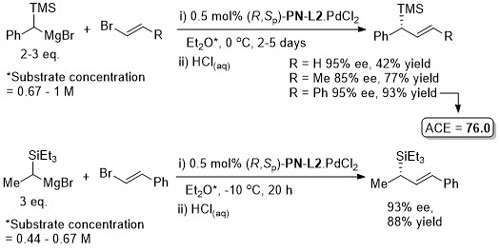 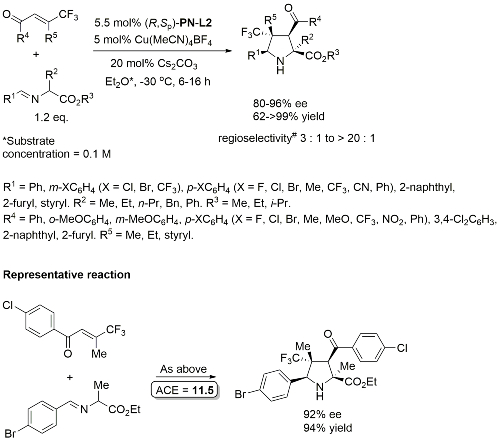 Methodology also applicable to a β-CHF2 or a β-CH2F substituent in place of CF3, but unsuccessful where CF3 replaced by CCl3 or Me. Use of (R,Sp)-PN-L1a under the same conditions resulted premoninantly in an alternative regioisomer (#). See entry under (S,Sp)-PN-L1a. Rationalised as a result of differeing coordination modes, with PN-L1a  = bidentate and PN-L2 = pseudobidentate. 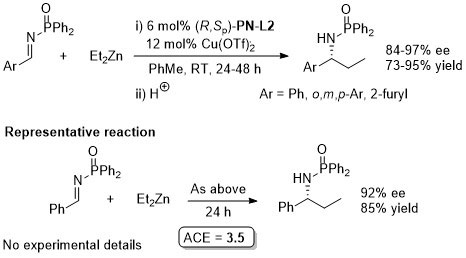 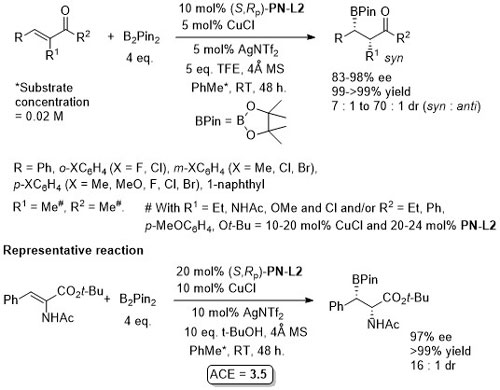 Not an example of >80% ee but included as the corresponding  ligand with NMe2 replaced by NH2 results in a hydrogen-bonding reversal of enantioselectivity (83% ee). 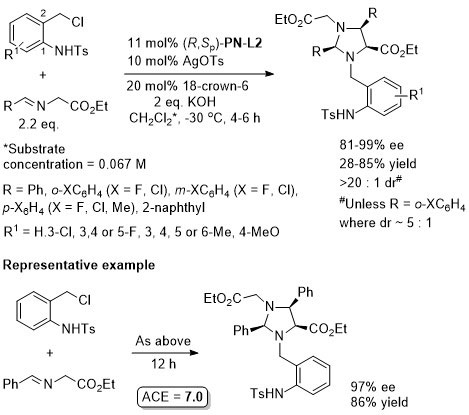