Ferrocelane ligands were first reported by Mark Burk (Duke University) as 1,1’-ferrocene based equivalents of DuPHOS ligands. FerroTANE ligands were later reported essentially simultaneously by Marinetti (Paris) and Burk (then at Chirotech). The following lists reactions, organised by metal (Pd,  Rh, Ru, Ir, Co, Cu) for which the application of these ligands has resulted in >80% ee. ACE = Asymmetric Catalytic Efficiency.  Literature covered until end 2019 (14 entries). 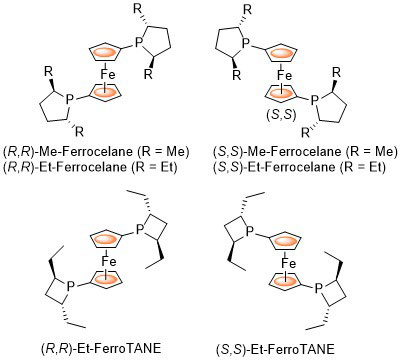 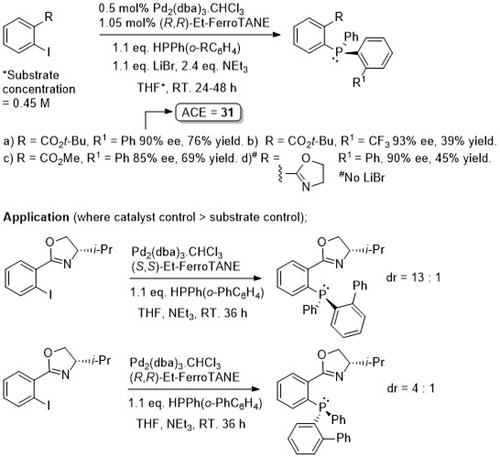 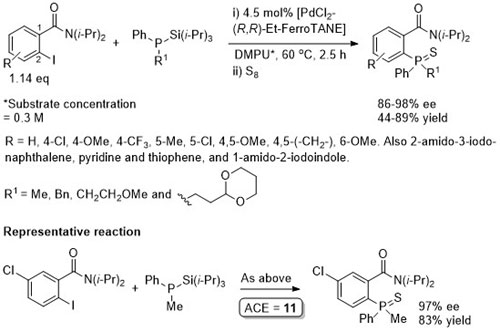 Absolute configuration of products not determined, but may possibly be inferred from CC04-530 as the reaction described also proceeds via an intermediate palladacycle, and assuming rapid  epimerisation (relative to reductive elimination) of intermediate Pd(II)-phosphide complexes mediated by Et-FerroTANE. 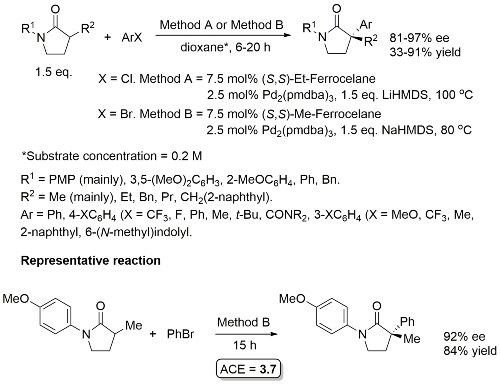 Only a trace of product observed with ortho-substituted aryl halides under these conditions. 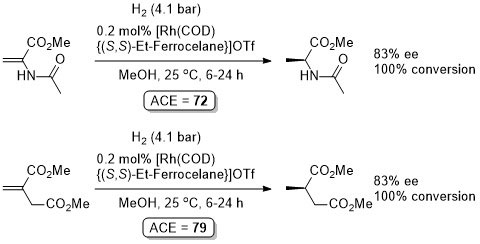 Absolute configuration not stated but assigned as S by comparison to results in OL02-4-4471. 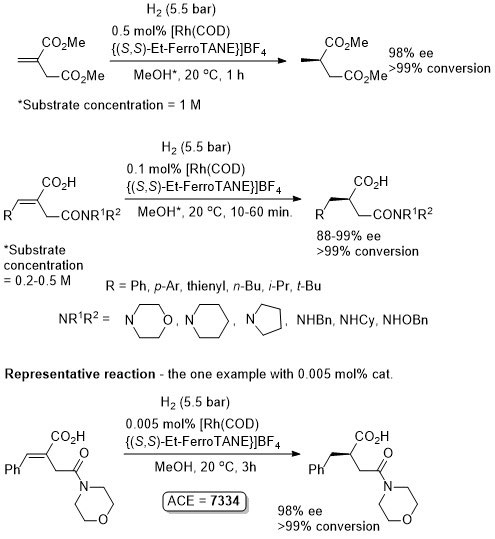 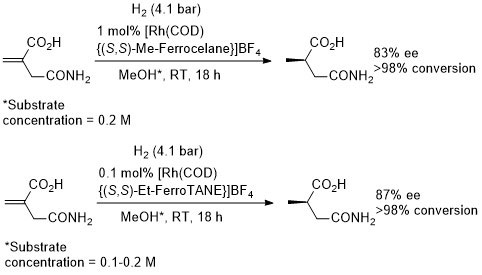 These results were obtained during a screening and optimisation study on the asymmetric hydrogenation of 2-methylenesuccinamic acid. Catalyst [Rh(COD){(S,S)-Et-DuPHOS}]BF4 was further optimised to give R product in 96% ee and >98% conversion with S/C = 100000 : 1 provided the substrate was chloride free (ACE = 18750). 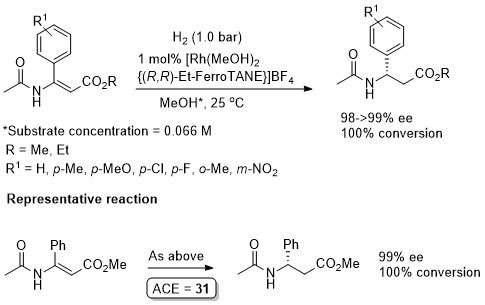 Conversion/yield and reaction time not stated but pseudo-first-order half-time given as 1.2 min. Absolute configuration not stated and assigned tentatively by comparison to the above examples (i.e. Angew03-42-913).

Absolute configuration not stated and assigned by comparison to results reported in TL94-35-9363 and Angew00-39-1981 (described above). Reported ee an average of 32 simultaneous runs (using both enantiomers of the ligand) performed in a parallel high pressure microreactor. 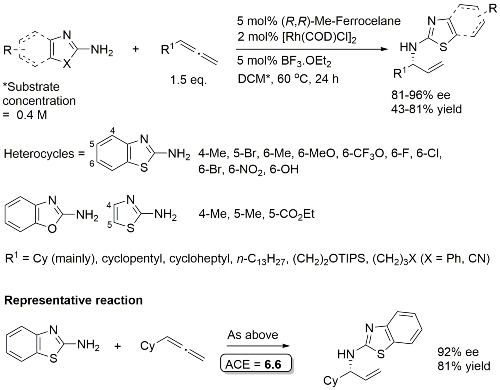 High regioselectivity for -NH2 vs. N allylation. 1 : 1 DCM/EtOH used for 6-NO2 and 6-OH examples. One example with a 1,1-disubstituted allene (R1 = EtOCOCH2 R2 = Me) to give a quaternary stereocentre. Same sense of absolute configuration (with Me replacing H). 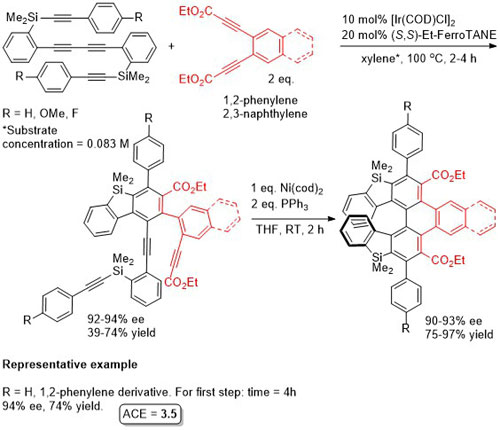 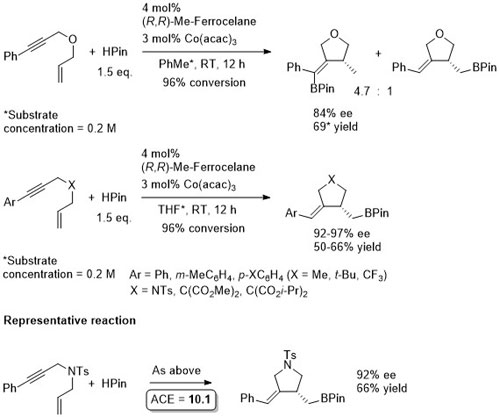 The first scheme above is the result of a ligand scoping study for which (R,R)-QuinoxP was identified as the best ligand (under the same conditions the same enantiomer of the product was formed with a 49:1 chemoselectivity, 99% ee and 85% yield). Observed that N- and C-tethered enynes underwent hydroboration/cyclisation to alkyl boronate esters with Me-Ferrocelane as ligand in THF (2nd and 3rd schemes).

Not 80% ee but close and an interesting reaction. Result from a ligand scoping study from which under the same conditions (S,S)-Ph-BPE gave 81% ee (enantiomeric product), 98% yield. Reaction further optimised with (S,S)-Ph-BPE identifying MTBE as a better solvent (89% ee, 97% yield) and exemplified with this solvent with a series of imines derived from aryl aldehydes.